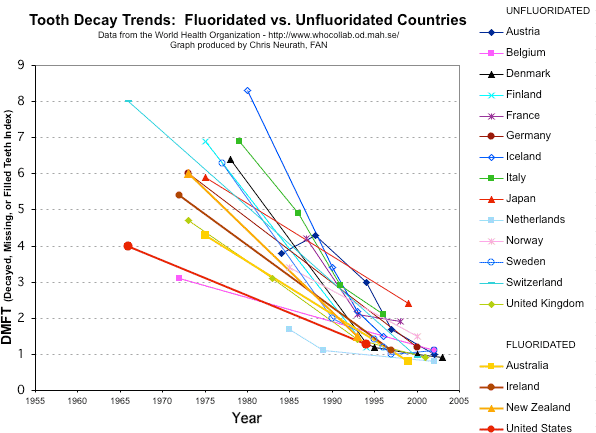 Fluoride in water – European countries say no to fluoride.

Fluoride in Water—Good intentions based on bad science : Australia keeps fluoridating drinking water when Europe long ago banned fluoride because of its high toxicity.

Why have other countries banned fluoride? Below is a list of some countries that either never have, or no longer fluoridate. Fluoridation is outdated science. In 2014 Israel joined a growing list of countries to ban fluoride in drinking water.

What do European and other Governments know that our Australian Government doesn’t about fluoride in water?

WHAT WE FOUND OUT SHOCKED US:

Fluoride in water—fluorosilicic acid (dangerous goods class 8) comes under many different names, all are classified by the Standard for the Uniform Scheduling of Drugs and Poisons (SUDP) as S7 poisons; and as health, physicochemical and ecotoxicological (environmental) hazards, according to the Australia’s National Occupational Health and Safety Commission (NOHSC).

When we heard that the water we drink and bathe in was being contaminated with fluorosilicic acid we had to investigate. The authorities clearly believe there are benefits to our teeth, but we wondered – were there other effects?

FLUORIDE IN WATER – WE DISCOVERED

RESPONSIBILITIES A Government has a responsibility to take care of the health of the people. We assume that the Government, voted in by ‘we the people’, has our best interests at heart. Our Government’s intention is for us to have good dental health. Our oral health is so important, and we too want the best, healthiest teeth. We want our dental appointments to be rare and problem free, and we want to feel reassured that the future of our children’s teeth is taken care of. A beautiful smile is important to our self-esteem, and a beautiful smile is everyone’s right.

The Australian Dental Association (ADA) and the Australian Government say they uphold the fluoridation of the nation’s water supply to prevent tooth decay in children and adults alike. To date 90% of Australia’s municipal water supplies are fluoridated.

As recently as 2013 the ADA made a public statement reiterating their support of a 2007 National Health and Medical Research Council (NHMRC)** review, which strongly endorsed water fluoridation.

What if our government’s statistics are obsolete? What if the ADA is only looking at one perceived benefit – the prevention in tooth decay?

What if our policy makers are too busy due to a heavy bureaucratic workload and huge amounts of information they are asked to read and understand? After all they are not scientists, but ordinary people that have to rely on the expertise of others.

Only seven countries in the developed world impose fluoridation on more than 50% of their population. They are Australia, Malaysia, Singapore, New Zealand, Southern Ireland, United States and Columbia.

In a review of 27 studies, a team of Harvard School of Public Health (HSPH) and China Medical University researchers reported a dose dependent relationship between fluoride in water and lower IQ in children. The study, Developmental Fluoride Neurotoxicity: A Systematic Review and Meta-Analysis found a reduction in IQ of as much as seven decrement points with fluoride levels of as little as .88 ppm (Choi, Grandjean, Sun, & Zhang, 2012). In their conclusion the researchers stated, “potential developmental neurotoxicity of fluoride should be a high research priority” (p. 1367). “Fluoride seems to fit in with lead, mercury, and other poisons that cause chemical brain drain…The effect of each toxicant may seem small, but the combined damage on a population scale can be serious, especially because the brain power of the next generation is crucial to all of us.” Philippe Grandjean, adjunct professor of environmental health at Harvard School of Public Health (HSPH). 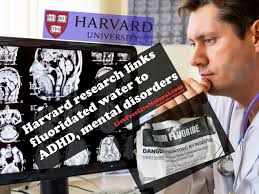 FLUORIDE IN WATER – IS THERE A SOLUTION?

Here’s the good news. We did not only discover that the Fluoride dumped in our drinking water is a highly toxic poison, and what must be removed from our drinking water, we also went out and researched how to neutralize fluoride in our drinking water 100%.  We found a technology that is so simple yet so profound that can neutralize all toxins without the need of filters, it has no moving parts, no electricity, no magnets, no chemicals, lasts a lifetime and comes with a 90-day satisfaction money back guarantee. Something everybody should consider. Please educate your self about this technology on this website that can neutralise all toxins including Fluoride in water and energises and enhances all nutrients. To have in todays society a technology like this in your home or business is no longer a luxury it has become a pure necessity in order to keep you and your loved ones healthy.

If you’re interested in Structured Water becoming a part of your life, look online at our information and testimonials, or at our online store.

Bassin, E. B. (2001). Association between fluoride in drinking water during growth and development and the incidence of osteosarcoma for children and adolescents. Doctoral Thesis, Harvard School of Dental Medicine. For a Commentary on Elise Bassin’s findings on fluoride exposure and osteosarcoma see: Part I: Revisiting the Fluoride-Osteosarcoma connection in the context of Elise Bassin’s findings, Dr. Paul Connett, Chris Neurath and Michael Connett submitted to the NRC review panel on the Toxicology of Fluoride in Water March 2, 2005. http://www.fluoridealert.org/wp-content/uploads/fan-bassin.2006a.pdf

Connett, P., Beck, J., & Micklem, H. S. (2010). The case against fluoride: How hazardous waste ended up in our drinking water and the bad science and powerful politics that keep it there. US, Chelsea Green.

Petersen, P. E. (2004). Oral Health Programme, WHO, Geneva, Switzerland. Effective use of fluorides for the prevention of dental caries in the 21st century: the WHO approach. Community Dentistry and Oral Epidemiology, 32:319-21.